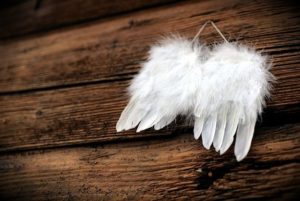 We know that angels roam the universe. They guide us, protect us, and help us in our life journey. They are generally known as supernatural beings who serves God.

Across varying religions and faiths, they are called many names. For Judaism, they use the Hebrew term mal’āk̠ ‘ĕlōhîm which means ‘messenger of God’. On the other hand, it was from the Jewish teachings that the late Christians took their knowledge of angels.

The angels are also seen as messengers of God in the early concepts of Christianity. They are also a fundamental faith of Islam and they are called malak, derived from the Malaka meaning ‘he controlled’.

The Buddhist and Hindu also have beings equivalent to angels. They call these enlightened beings as devas and believe that they balance the forces of the universe.

But despite the varying cultures and beliefs of the world, the bottom line is that Angels are real, and they honor us with their presence.

It could be that we have lived our lives not really minding or being aware of their existence although deep inside us, we know that they are helping us. But there will be moments when you stop being focused on worldly things that you often wonder about these powerful beings and you think about their secrets.

So, here are 8 fantastic things you do not know about your angels.

Archangels are not the most powerful angels.

Somehow, we were led to believe that archangels are the most powerful in the realm of angels because they were the ones who are mentioned most often. However, there is a hierarchy among the classes of angels. And you will be surprised to know that they are at the second from the bottom of the lowest order.

Here is the Hierarchy of Angels that most people do not know:

Even so, the power of the archangels is unimaginable.

Since the dawn of human history, we have always depicted angels with human bodies but more majestic. They are painted and sculpted with beautiful ethereal features, halos over their head, and great white wings, their entire being surrounded by blinding white light.

But the fact is, angels have no bodies. They are pure spirits of light and love. They do not really need bodies to do the missions entrusted to them by the Creator.

But when the situation necessitates it, when they want to be seen, or when they try to communicate with you, they usually appear the way we have envisioned them to be – wings, light and all.

While we are at the talk of how angels look like, the third secret of the angels concerns their beauty. 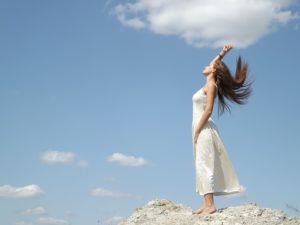 They are ethereally beautiful. And not because they possess beautiful features like how the society defines beauty. This is because they are pure light and love. And they are filled with energy and divinity from the Universe.

Artists can never satisfactorily put into a medium the true beauty of the angels. Their beauty is beyond the confines of the standards of the physical world.

Angels don’t have a gender.

The few Archangels we know are sometimes referred to as males with one or two female archangels in their midst. The old teachings of various religions were influenced by the ancient culture of male superiority at that time and thus, angels were most often depicted as males.

But the fact is, angels are not influenced or confined in the triviality of gender as this concept is biological. It is better to see them in the light of masculinity and femininity because this is more accurate.

Angels don’t have bodies and so they do not talk the same way humans do. When they communicate with one another, they do so by sending their thoughts directly.

But when they try to contact humans so they can relay the message of the Divine, they use different methods, objects and signs so we can hear them.

They use dreams, butterflies, dragonflies, feathers, number patterns, and many others. They sometimes come into our thoughts with their telepathic abilities. It could be the small voice you hear when you are in trouble or when you are in a confusing situation. The voice telling you the next step to take, is from the angel guiding you at that moment.

Aside from the inner voice, they also let us feel their presence, like a gentle nudge, a sudden breeze of air, a flash of light or a single drop of water from the sky.

There are hundreds and thousands of them.

We only know a handful of angels, most of them are the archangels. We sometimes believed that the numbers of angels are limited to their roles as helpers of God.

The truth is, their number is infinite.  If we would compare their numbers to anything, it would be appropriate to say that there are as many angels as there are stars in the night sky.

One evidence on this is the fact that each of us has one guardian angel watching over us. Then there are angels who help us in specific times about specific things and circumstances.

To count how many angels there are is impossible. But we should be comforted by the fact that there are more than enough for them to help us find our purpose.

They are intuitive beings.

Intuition is the language of angels. They go beyond logic and rationality. This is why, we must strengthen our intuitive ability so we can successfully connect with the angels and hear them more.

People with stronger intuition can see angels more clearly than those who are driven by logic. For instance, it is believed that angels appear more to women because women are more intuitive than men. 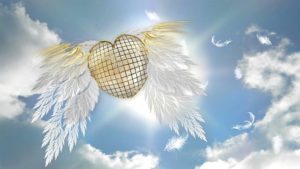 They want nothing but the best for us. This is not just because they are the agents of the Creator and they have the mission to assist us in our life’s journey. But this is because they genuinely care for us and our well-being.

It is not really a secret that angels love us. What we do not really know is to what extent do they love us?

For one, they will go through so much length in order to protect and guide us. They will make every attempt to talk to us, to ensure that we get their message. More importantly, and this is the best thing of all, is that they value us and our free will.

Yes, they want the best for us, but that does not mean that they will take away our ability to decide for ourselves. What we can say about their love for us is that it is selfless and faithful.

Even when we fall down and make mistakes, they will be there to lift us up and encourage us to try again until we achieve our dreams. They want nothing more than to see us prosper, healthy, loved, satisfied, content and happy. Their love will deliver us to our highest state, with them by our side.

Truly, angels are majestic and holy beings who commits themselves to guiding and loving us.

We could never be more blessed than to connect to our angels.

Our whole team is dedicated to helping people connect with their angels so they can live their best lives.

Angel Number 333 Meaning (You Are Guided And Protected)

Receive Guidance From The Divine

Divine beings like angels watch over you even when you’re not noticing.

As you connect with your angels, you will deepen your connection with divine power so that you will receive guidance on a moment to moment basis and timely celestial advice to make the best decisions for your earthly journey.

When you are connected, you minimize guesswork and you’ll save years, decades and even a lifetime of missteps on your journey.